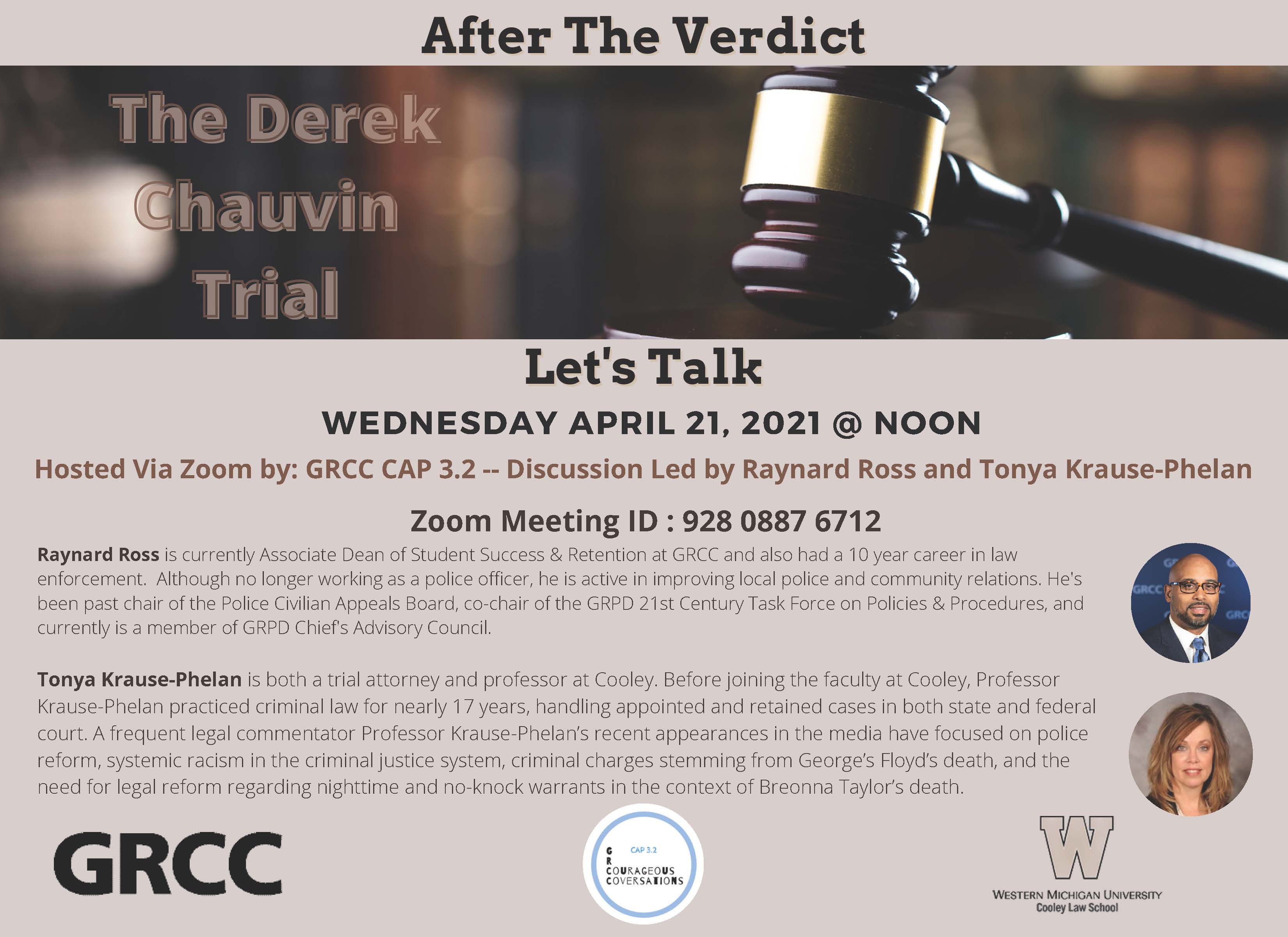 Please join us for a Courageous Conversation via Zoom after the Derek Chauvin verdict is returned. We know that the killing of George Floyd and others were traumatic events for many in our community. Regardless of the outcome of the verdict, we want to provide a space to talk about the trial, the verdict, reactions and efforts to prevent these things from happening in the future.

This is a partnership with GRCC’s CAP 3.2 and Western Michigan Cooley Law School and leading the conversation will be:

Raynard Ross is currently Associate Dean of Student Success & Retention at GRCC and also had a 10 year career in law enforcement. Although no longer working as a police officer, he is active in improving local police and community relations. He's been past chair of the Police Civilian Appeals Board, co-chair of the GRPD 21st Century Task Force on Policies & Procedures, and currently is a member of GRPD Chief's Advisory Council.

Tonya Krause-Phelan is both a trial attorney and professor at Cooley. Before joining the faculty at Cooley, Professor Krause-Phelan practiced criminal law for nearly 17 years, handling appointed and retained cases in both state and federal court. A frequent legal commentator Professor Krause-Phelan’s recent appearances in the media have focused on police reform, systemic racism in the criminal justice system, criminal charges stemming from George’s Floyd’s death, and the need for legal reform regarding nighttime and no-knock warrants in the context of Breonna Taylor’s death.

The event will take place at Noon within 24 to 36 hours after the verdict is announced.  Stay tuned for the date and Zoom Link. 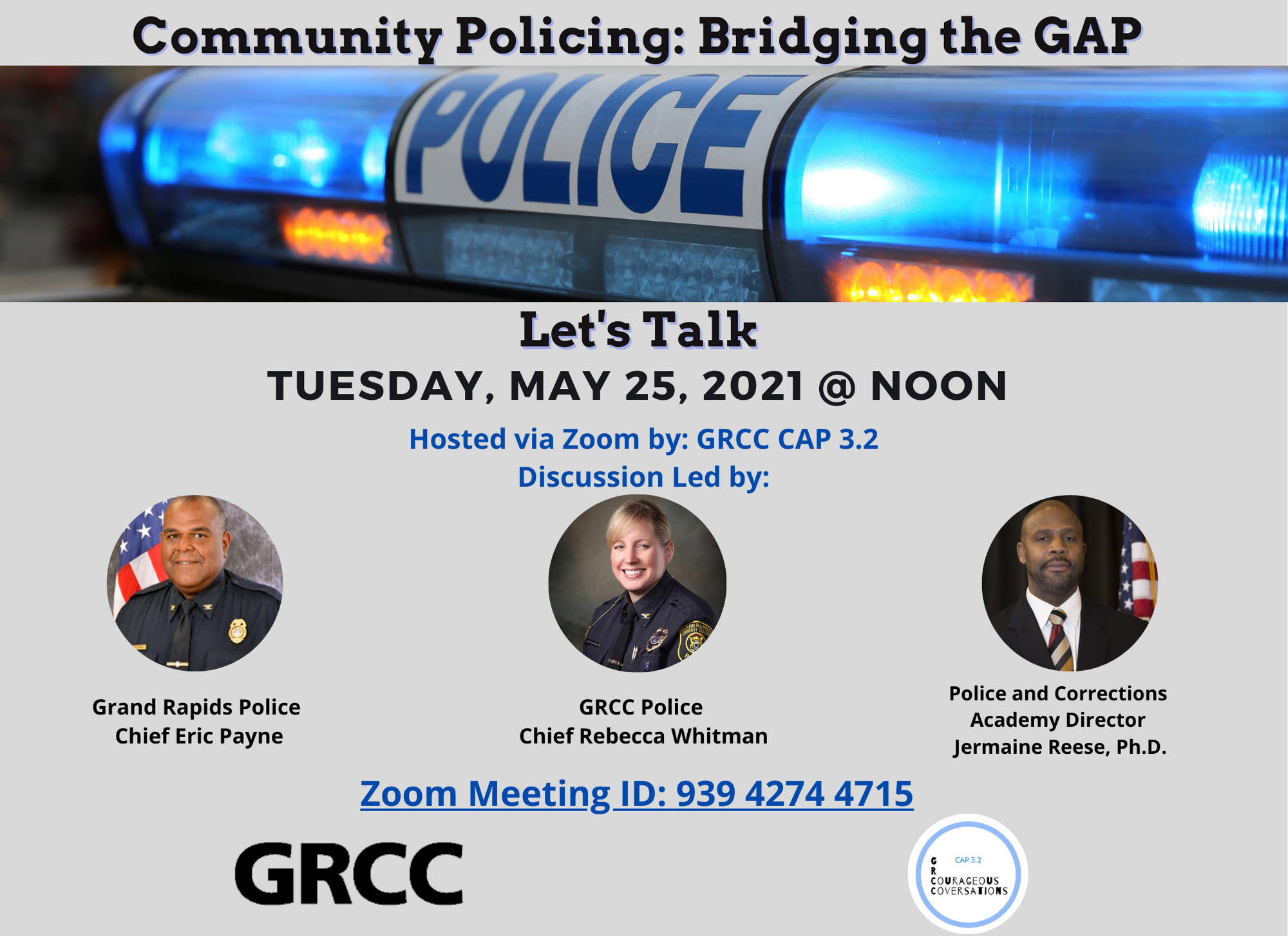